This section contains information about how to use this document.

# Conventions Used in This Document

This document defines scheme rules for Open API for FSP Interoperability (hereafter cited as the API) in three categories.

This section describes the business scheme rules. The data model for the parameters in this section can be found in API Definition.

A scheme can mandate verification of consumer KYC (Know Your Customer) identification by Agent or Merchant at the time of transaction (for example, cash-out, cash-in, merchant payment). The API cannot control this scheme rule; therefore, it should be documented in scheme policy so that it is followed by all participants in a scheme. The scheme can also decide on the valid KYC proof of identification that should be accepted by all FSPs.

The API supports the Bulk Payment use-case. The scheme can define the maximum number of transactions in a bulk payment.

The API supports One-time Password (OTP) as authentication type. A scheme can define the minimum and maximum length of OTP to be used by all FSPs.

An OTP’s expiration time is configured by each FSP. A scheme can recommend it to be uniform for all schemes so that users from different FSPs have a uniform user experience.

A scheme can choose the valid or supported personal identifier types mentioned in PersonalIdentifierType in API Definition.

A scheme should standardize the QR code format in the following two scenarios as indicated.

Payer scans the QR code of Payee (Merchant) to initiate a Payer-Initiated Transaction. In this case, the QR code should be standardized to include the Payee information, transaction amount, transaction type and transaction note, if any. The scheme should standardize the format of QR code for Payee.

API version information must be included in all API calls as defined in API Definition. A scheme should recommend that all FSPs implement the same version of the API.

The API supports both HTTP and HTTPS. A scheme should recommend that the communication is secured using TLS (see Communication Security section).

FSPs and Switch should configure HTTP timeout. If FSP doesn’t get HTTP response (either HTTP 202 or HTTP 200) for the POST or PUT request then FSP should timeout. Refer to the diagram in Figure 1 for the HTTP 202 and HTTP 200 timeouts shown in dashed lines. 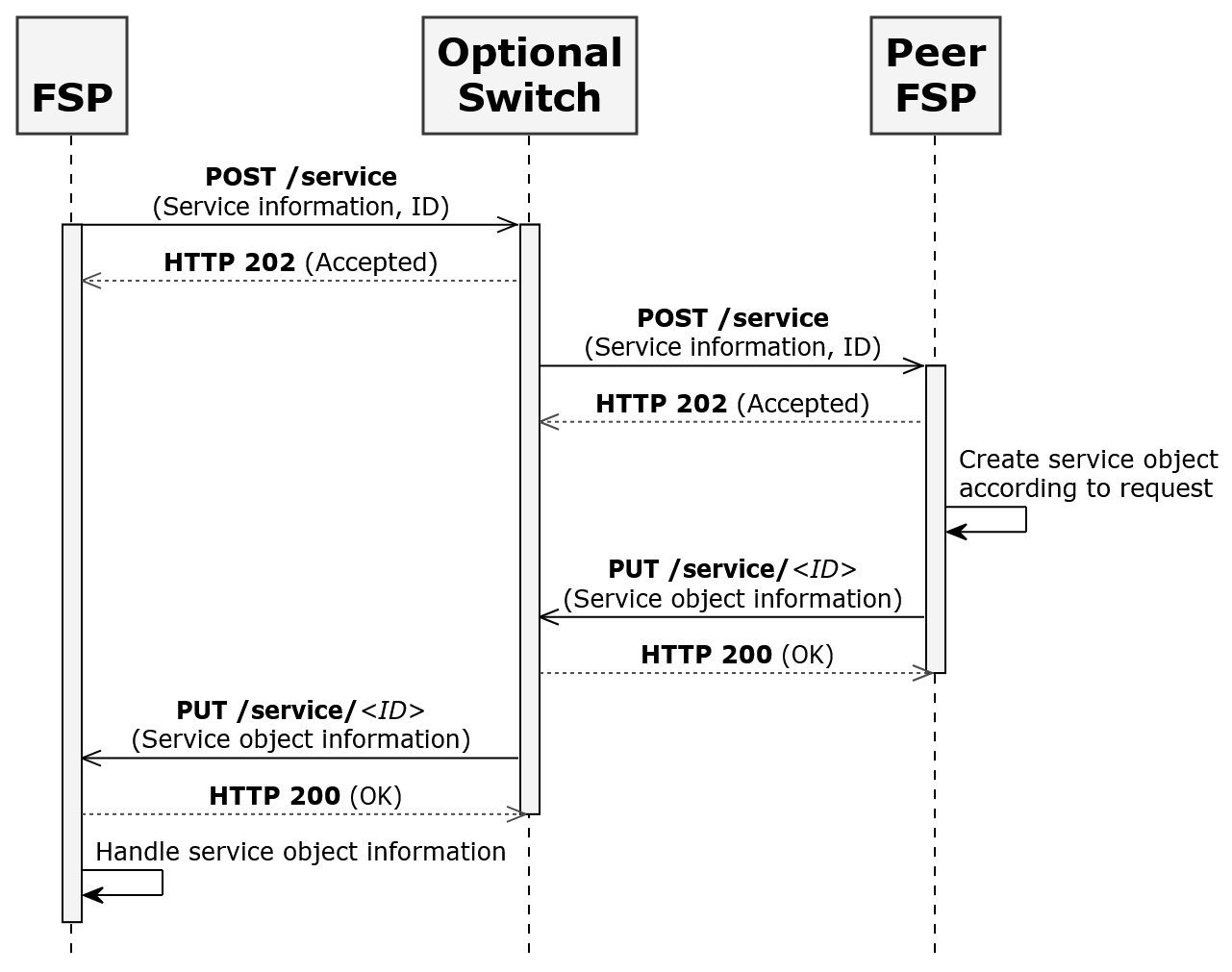 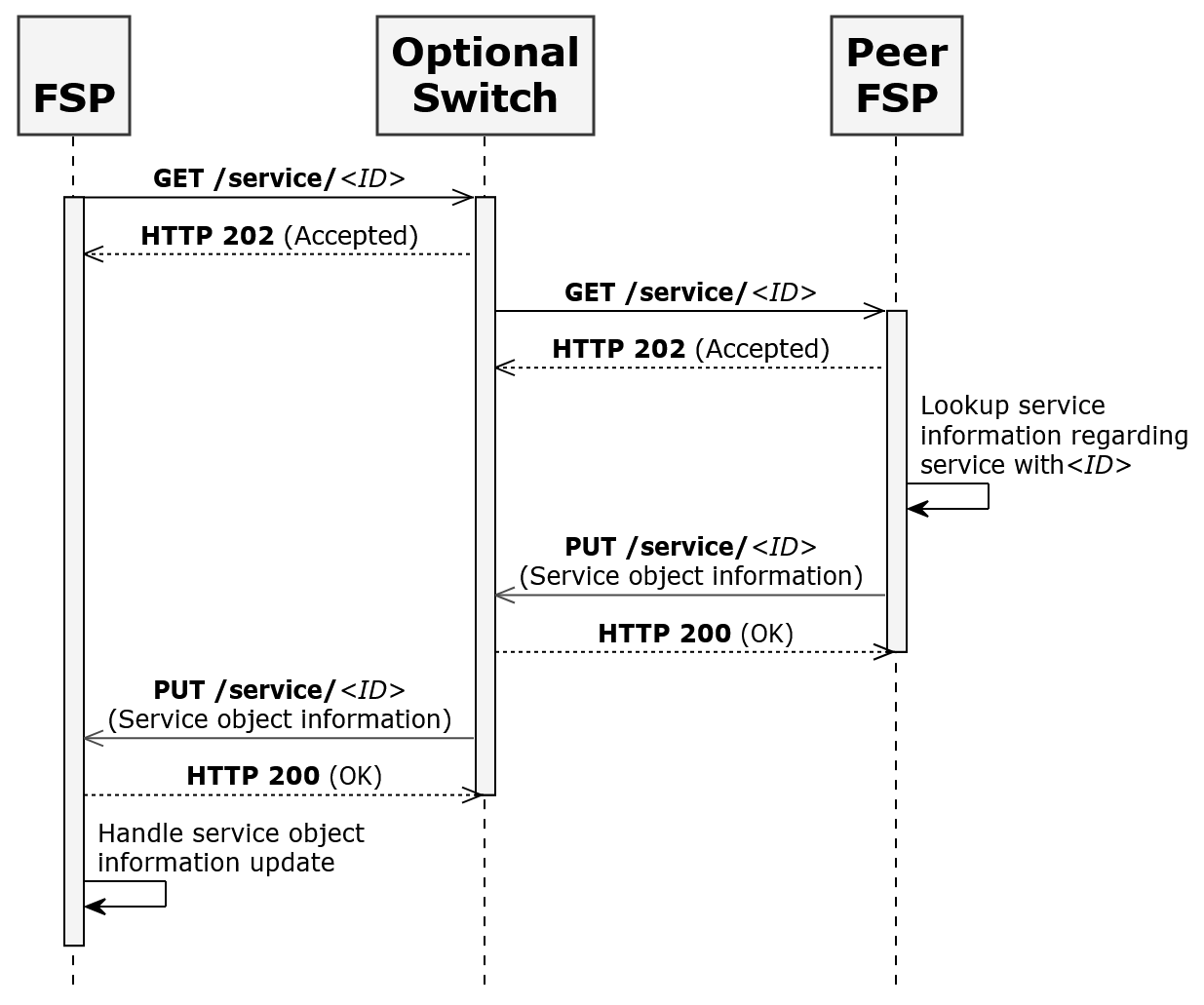 This section describes the scheme rules for security, environment and other network requirements.

It is important to synchronize clocks between FSPs and Switches. It is recommended that an NTP server or servers be used for clock synchronization.

Data fields that need to be encrypted will be determined by national and local laws, and any standard that must be complied with. Encryption should follow Encryption.

A scheme can decide that all messages must be signed as described in Signature. Response messages need not to be signed.

To use the signing and encryption features detailed in Signature and Encryption in a scheme, FSPs and Switches must obtain digital certificates as specified by the scheme-designated CA (Certificate Authority).

All parties must support the encoding and encryption ciphers as specified in Encryption, if encryption features are to be used in the scheme.

A scheme should require that all HTTP communication between parties is secured using TLS1 (opens new window) version 1.2 or later.